If you are using windows laptop and searching this then Linux is the most popular operating system among all devices and datacenter. That means Window is popular only on your home PC otherwise king is Linux.

Linux is an operating system like Windows, Mac, Linux is an Operating system. Linux works the same as all OS do. OS is a software that manages and communicates with all hardware, resource, and I/O units in our system.
Layman language OS is what we see on screen and without it your PC or system is useless. OS reads your language and tells the machine what to do.
Linux is an open-source OS that means this is completely free to use for any purpose. 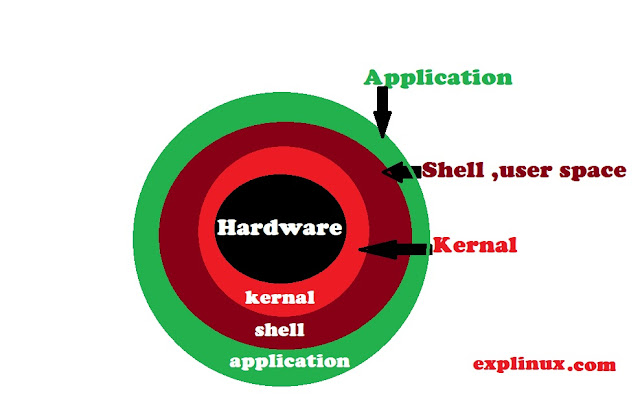 This is the main component of OS. This communicates with hardware and application. Every Linux distribution has a Linux kernel.

This is the upper layer of kernel and lowers to application. It has user details and administrative rights, shell and command line.

This is the last layer of any OS as Linux too. Application is the software where you do any task. An important part of OS for which you install OS. Like browser, networking, video tools, etc.

Is Linux is free

Yes, Linux is completely free because it comes under the GNU license and it is open source. Anyone can use, modify, install on the system. Even you can modify and sell your copies without any royalty or charge.

Linux is used by many professionals, companies, hobbies, and students. This is the most used OS for datacenters.

Who code and want to compile fast always use Linux for there work. The best part is that for python coders phyton in build in Linux. Linux uses fewer resources than windows then animators and rendered also use Linux distribution for their work.

Linux uses fewer resources and can modify it. This is why most companies use Linux to build their system. The most popular is Android which is Linux based OS. Televisions, automatic gadgets all are based on Linux. Few usages java or C but it is very hard to create full software with these so these days every company uses Linux with any language to automate.

If you have tried to host the website, definitely you heard that Linux hosting. This is very cheaper than the windows and if you use Linux hosting is very fast and plugins also cheaper in rate. Mostly website which required good performance always unit Linux hosting.

Very part of datacenter and clouds made from Linux. If you are working in a data center then you should be work on Linux. This is not because it is free because Linux performance is way better than other operating systems. If you are going for AWS or any cloud Linux basic is required.
Now at this point you are familiar with Linux. Now you can search Linux distribution as per your requirements.