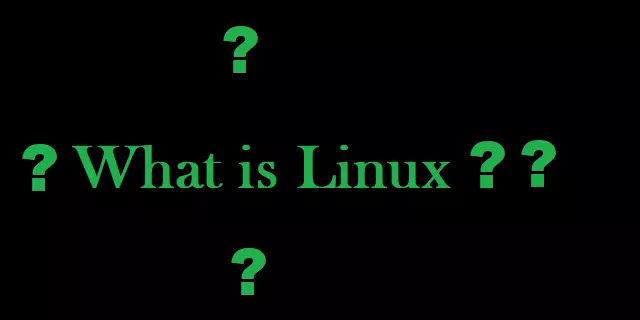 In this article, you will get all your answers related to Linux. You are here because you are interested in technology. When we get into the technology we always listen about Linux and some advantages and disadvantages of Linux. You collect Linux knowledge from different sources, due to this your information mix with another and everyone who is not working in Linux creates a different type of Linux picture in their mind. Stay in this article to get max answers related to Linux, which will give you a clear picture of Linux.

Linux is an Operating System like Windows or Mac OS. This is a Lehman language but I want you to resolve your one more question if Linux is OS then ubuntu, RHEL, fedora. etc why different names. Why not like windows 7,8,10 and even all Linux releases(Distro) also different. For that, we need to understand some basics.

Every Operating system has three layers : 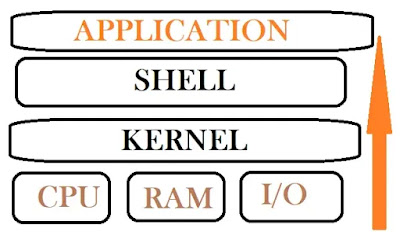 These three components create an Operating system. Even if you are a windows user or mac you can tweak in the second and third layers. You can create how many users you want or change properties. Install many applications like video editing another word editor. But you can not modify the first layer base to is the first layer. without it, you can’t imagine OS.
This first layer is Linux and it is called the kernel. So Linux is a kernel, not a complete operating system. You need to add second and third-layer components into it to create a complete operating system.

What Does Distro Mean In Linux?

Now you have understood what is Linux. Linux is a kernel and you can’t use it like other OS. So companies and some tech people use the Linux kernel and implement their second and third layers. Created their own Linux distribution like RHEL, Ubuntu, Arch, Fedora, Mint.
The kernel is the biggest challenge and core part of any OS this resolved the huge problem of companies who want to create their own OS. Linux and resolved this problem and now we have more than 600 Linux distro and the everyday list is increasing.

Whom and Why Was Linux Created?

This is also a question what is the purpose of Linux creation and who created Linux. In the early 1990s, there was a student and now legend for people like us is Linus Torvalds. Linus was not happy with OS  MS-DOS and MINIX. So he decided to buy a UNIX system, but he did not manage money to buy it. So Linus just cloned his own UNIX from scratch.

Early days Linus Torvald was just using only for himself, but creating a kernel is not an easy task for any person, So he decided to help friends. Friends started to praise him and show interest to develop Linux kernel. At a time Linus realizes that only a few people can’t make a good kernel so he decided to make Linux opensource.
Many people know GIT or GitHub. Actually, GIT is also created by Linus Torvalds to manage the Linux kernel as an open-source. Now GitHub is also part of every company for version control. Now on every version of Linux more than 1000 contributed contributes to this. Contributors are not only individuals, but Companies also contribute to the Linux kernel counted a single contributor, which means in 1000 contributed companies also included.
This is Linux open-source’s journey, which allows anyone to fork Linux and create his own version of Linux distribution without spending any penny.

Why We Use Linux?

Let’s take an example, A people group wants to use OS for video editing and they have only limited resources (RAM, CPU). If they use closed source OS like windows, they need to keep all other programs and features whether they use them or not.  But in Linux, you can only create an OS that only uses for video editing and nothing else.  This will be very cost-effective and you have not to invest in the new system or extra RAM , graphics card. This is the reason why Linux used in Datacenters.

Those people created 600 flavors of Linux for other type requirements and now you have to just select from them. If you have an old system or Laptop you can install the latest version on Linux OS where other OS will not install on them.

Where I Can Use Linux?

Mainly Linux use in Datacenter and Android Mobile. In data centers, 90 % Linux OS (RHEL, UBUNTU, etc) is used to serve you from the internet. Android is also a Linux-based OS. So if you are using Android mobile then you are already using Linux.

For PC users if you are not a fanboy or fangirl of any OS. Use Ubuntu’s latest version, you will get all alternative software of other OS for free. Some of them are superior and much better than property software.

If you are tech-savvy and want to use your PC for better performance and speedy work without any investment, You have more than 100 options. You can choose any one from them for free. Not only use them you can customize also them according to your requirement.

What Runs On Linux?

From the article above we all know Linux distributes OS are the same OS like others. So you can do anything that OS can do. Mainly 90% of data centers and Android mobile runs on Linux OS. Now Some Linux distribution is used in laptops and desktops also. If you are a 3D artist and using a blender then Linux OS desktops are much better for rendering, people using it.

Does Linux have any use except using the internet?

Linux OS is do anything which other OS can do. We use Linux in the data center or the internet because Linux can be customized and use fewer resources than other OS.

Linux use in PC – GNOM is a desktop environment to use on PC.

Just like any other OS you can use Linux but in fewer resources.

What is Linux Mainly Used For?

Now Linux mainly used for Datacenter servers and Mobile (Android). If you want job in the IT field Linux is a better option. It’s an open-source to developers also use for development.

No, Linux is legal and use in many govt organizations also in every country. Some Linux distribution which used for penetration testing people always misunderstand them as illegal. People who use Linux in the wrong way are illegal. The same applies to other OS (Windows and Mac) also.

Why Do Hackers Use Linux?

There are two reasons hackers use Linux OS.

Every technology has good and bad faces. You are using the internet and very fast browsing is Linux good face and hacking is bad face. Linux also helps to search these loopholes and fix them before hacking.

In some places, Kali is banned but it is not illegal. Kali is legal and many organizations use it for penetration testing. The basic purpose of Kali and Parrot OS to test vulnerability in the IT environment and fix it to be safe. As we know many tutorials of Kali represent that it is for wrong use so it should be illegal. But if you want to get a job as a penetration tester(Bounty hunter or ethical hacker if freelance) you have to use Kali Linux.

Is Linux safe to use?

Linux is the safest OS now but no operation System is fully safe. Linux is designed to give maximum control to the user. By default in Linux, everything blocked and you have to open it as per your requirement. The firewall blocked every signal which is not allowed by the user and services never start without user permission.

Linux is a legal OS and used widely in the IT industry and data centers. If you have Android then you are using Linux OS (Android). Below point clear your doubt:

These points are enough to discourage anyone to attack Linux but as said earlier no Operating System is fully secure but if you want more security and 100% privacy use Linux.

Is Linux is Better Than Windows?

This is a debate topic that Linux is better or windows is better but as per my experience below are some points where both are best:

Linux :
Maybe some more points but here some important points which we have considered to select which OS to use. This article is enough for a windows user to decide Linux is suitable for his work or not. If you want any specific use case so comment below.

Is Windows 10 Better Than Linux?

If you use a PC for general purposes and Microsoft office tools windows 10 is good. If you want to go for any specific task in my view Linux is much better. It also depends on you which Linux distribution you are using. Ubuntu 20 and later is better than Windows, Suse is not better than windows. Here I am considering a user who knows windows not have any skill in Linux.

If you have any laptop you can install and use any Linux but for windows 10 you need a high configuration system. If you use an old system then you will get very slow performance.

As I mentioned in this article if you are going for gaming Windows is the better option but for any techy work, Linux is much better than Windows 10.

Both Os has their own merit and demerit. It is on you which one is fit in your requirement.

Now you have got all the common answers about Linux. If you found this article helpful share this.